Named after the well-known British hunter, author and naturalist who surmounted many man-eating big cats and spent a considerable chuck of his time exploring the depths of the forests of northern India, the Jim Corbett National Park is a point of intrigue for anyone travelling to the state of Uttarakhand with a taste for adventure. With a diverse range of experiences all accessible in one place, far from the commotion of daily life and in the lap of nature instead, this park seeks to provide you a thousand shades of thrill, wrapped up together in one package.

This park (the first national park of the country) was established pre-Independence, in the year 1936 with the noble primary objective of protecting and preserving the Bengal tiger species. Since then, it has evolved into an ecotourism destination visited by thoughts of nature lovers and adventurers every year. Apart from contributing to a critical cause, the Jim Corbett National Park is also an extremely soothing treat to the eye, with an abundance of deciduous trees like sal, rohini, peepal and haldu.

In addition to scores of mammals, it is home to more than five hundred species of birds and houses several rare species of flora as well. The park has both, points of elevation as well as ravines, and the Ramganga river, (a tributary of the Ganga) flows through it gently, only adding to its charm.

Since the area is mostly wet and moist, the Jim Corbett National Park experiences temperate climate most of the time. In the summer months, the temperature ranges between 25 to 40 degrees, and the area receives quite a lot of rainfall. The winters are characterized by temperatures ranging between 5 degrees (minimum) and 30 degrees (maximum).

Things to Do at Jim Corbett

The distance from Haridwar to Corbett is roughly 109 km by road. The national park is very well-connected, despite its singularity and serene oneness with nature. The Corbett national park also provides a host of different activities to invigorate your senses. The jungle safari, of course, is a cherished favourite, and what the park is most well-known for. Other exhilaration-inducing experiences involve river rafting, going on pleasant elephant rides, and sightseeing at the Kosi river. Fishing is also an interesting activity that is a part of the Corbett national park experience as a whole. The park is also home to the Sitabani and the Durga Mandir temple, which, matched with the surrounding peace and tranquillity provided by the vegetation and wildlife around, make for unparalleled sources of peace and solitude. If you’re a lover of learning and wish to collect knowledge of the Jim Corbett national park, the beautiful Corbett Museum and insightful Gyan Yatra, which is designed to educate visitors about the park, the species it protects and the extensive flora and fauna, is perfect for you.

The accommodation aspect is also well taken care of, and you can choose between many options like Dhikala Forest Rest House, and the Jim Corbett Guest House to name a few.

*Note -The above rates does not include toll tax and parking and the same will payable to the Driver separately. 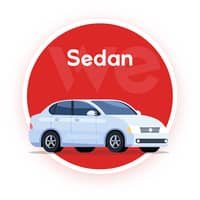 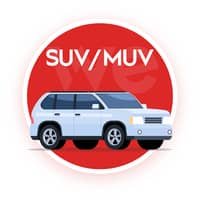 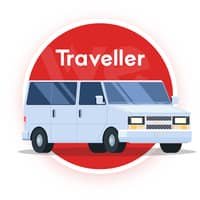 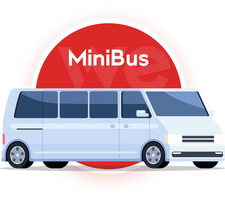 Made With in India

Made With in India

10% of the total trip amount will be deducted if any cancellation is made prior to the trip.